Its has been a while.
Since the book written in MALAY Language, I'll review in MALAY. Sorry English reading people, there's few blog still in writing process including my Road Trip to BANGKOK in March and following THE FULL PLEDGE MUNKEES to JAPAN. :) 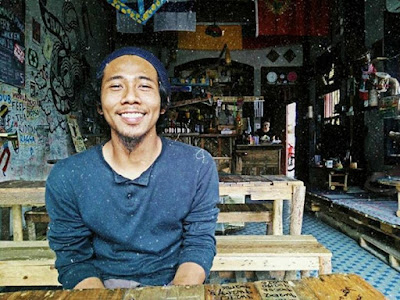 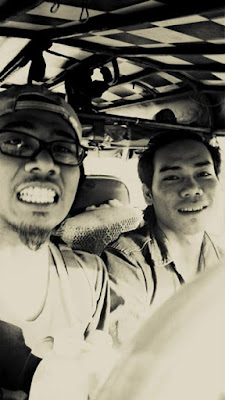 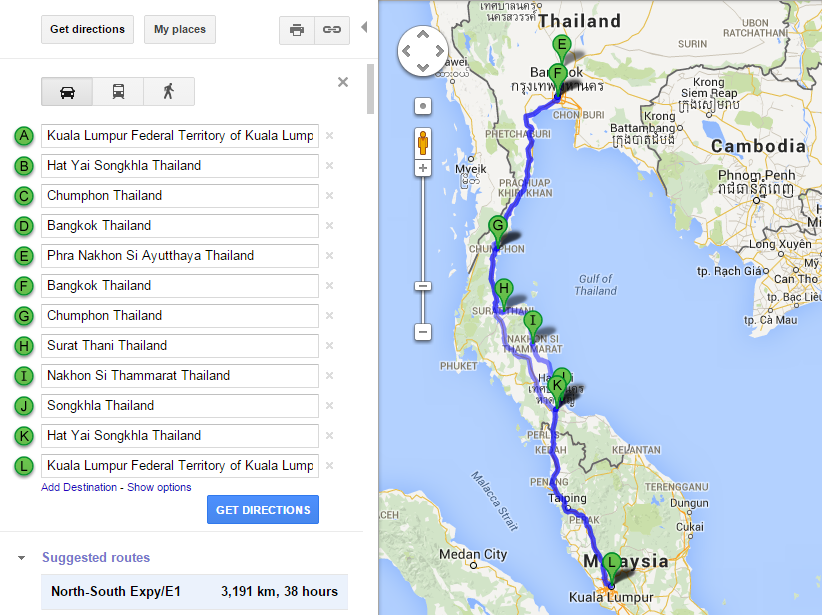 Hi All.
Sorry for NOT updating. But, I don't have any interesting contents to share... :P yeah..
Just recently I just come back from Bangkok... driving with 3 month old infant... my son. It's interesting, challenging and intriguing at the same time. Everyday is a discovery, a learning curve as parents, a traveler and new unfamiliar asphalt/road/junctions... rules. 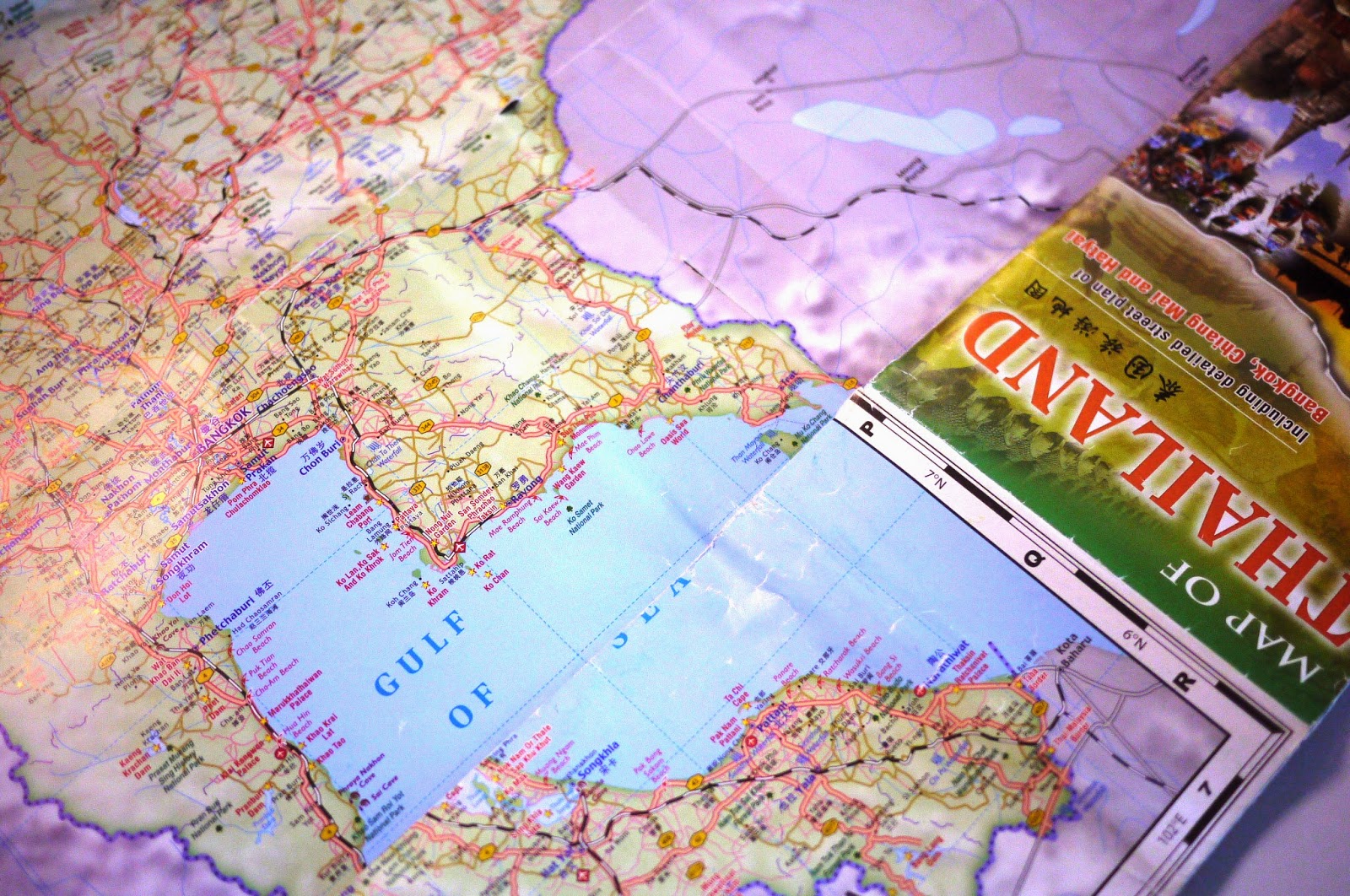 My excursions was based on paper MAPS (no GPS) and rigorous study on roads especially Bangkok on Google Maps prior before road trip begins. On my next post I will lay down every cost and distance, places and experience. Travel period between 11.March until 19.March. We spend around RM3K++ for petrol, logging and meals (including little trinkets and female pants. :P ). No more hostels for us since little NYJAH was brought into this world. From time to time, as a parents we will try our best to give our little NYJAH the best travel experience he will have. And of course learn A lot from it. 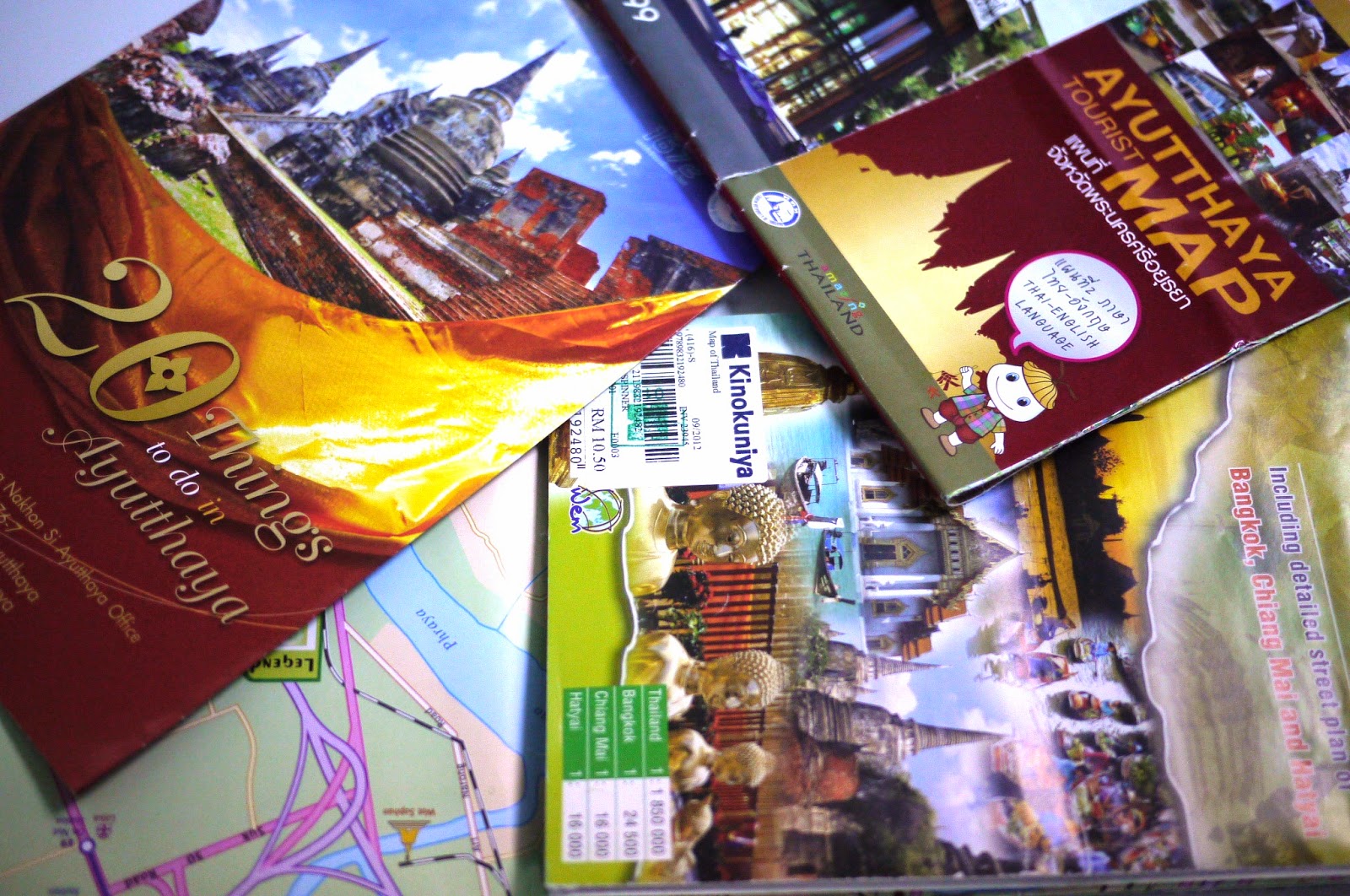 Well that's all for now... I'll continue when time permits. Hopefully by the end of next week everything will be here. :)
Posted by Nas Plague at 11:10 AM 2 comments: 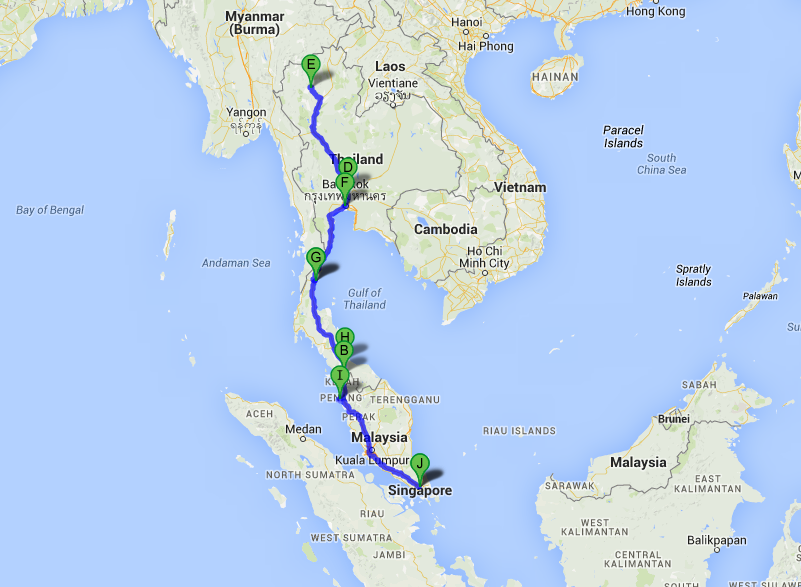 Latest excursion. I'll be writing about this road-trip plans in a couple of days including itinerary, cost, length and time. So far the itinerary of the journey will cover...

Estimated the journey will took approximate 13 days with appropriate rest day in Chiang Mai and Bangkok... :)

Happy New Year!
I would like to express my gratitude to all of you readers who still keep on opening my blog even though I haven't updated for a while (not sure if my grammar is alright :P). Starting my 2015 post, still with my English writings insecurities... well for sure that's my goal this year. Writing good English.
*****

Talking about Plague Of Happiness.
By the end of 2014, the band already starts the studio works for our second album. Managed to complete tracking for drums, bass lines and most of guitar works. As usual since our work on USELESS ENEMY and HASRAT, the band starting offs with the standard drum tracks and followed by guitar tracks. Not sure the norm, usually bands will put bass track second... however, playing guitar in punk/rock bands you tent to pound the guitar a little bit harder. Avoiding DETUNING along the process. You might wondering where I get this, well it was in RANCID INDESTRUCTIBLE recording DVDs by BRETT GURAWITZ at SKYWALKER RANCH. We happily follow the process. Now left the HORNS tracking, a little guitar fill in, vocals and miscellaneous instruments.

Trying to make a video snippets out of the process, but haven't got the time to edit yet. 50% of the lyrics need to be rewrite and I guess with a new mix styles. We manage to have 14 songs plus with a cover songs, currently still waiting for approval from the band record label.

What to expect? we tend to have few experimental songs crossing between metal and hard rock with horns and reggae. A little bit more SKANK driven songs for those who love to dance their ass offs. Not forgetting the standard SKA PUNK songs like we do on our previous KAWAN and RESAH AWAN. Not forgetting the recent FEBUARI. There're few crossing genres songs, hopefully it turns out well.

So far there's no plans to put songs in video yet, so far the band already have FEBUARI in YOUTUBE since first quarter of 2014. Next thing for sure, the band will kick offs the 2nd album with a mini tour with other NYARING bands starting at the end of FEBRUARY.


*****
Enough about Plague Of Happiness.
Travels plan. So, far I've been planning to have a 2 weeks THAILAND road trip this coming March. Me and my wife are blessed with a new born end of last year. I think this is the time we train our baby to our world. I always think that traveling will always be the best way to teach yourself and others to be more open minded person, respect to human and environment and to adapt with various cultures around world. Hoping someday, when my son grew up... he have the same passion and share his experience to others. Building a bridge between ever increasing gap between peoples because people nowadays are lazy to learn about each other. Judging and mocking others right on the spot before learning the background of any situation. Hoping someday my son will learn a lot about life.


*****
Gear updates.
I need to put on hold on building my ES330 and amp head. Hopefully, before JUNE the building up process will continue. I've already buy the tuner and titanium bridge... well hoping everything settles then.
Amplification.

I've been using both amps more than 5 years each. Took them on tour, using them to record Plague Of Happiness materials since 2005. Based on my experience both amps are road worthy, however Marshall foot switch cable tends to worn out easily.

In term of consumables item and maintenance, MESA tens to be more expensive then Marshall. Right after our second appearance in Rock The World in 2013, MESA fail on me after approximate 5 years of rigger usage.

So, what's next... I'm planning to scale down to one channel amp and play around with effect pedals. I believe one channel amp are much more easy to maintain and consumables like tube and parts are much more cheaper.  Both previous amps having 3 channel... after more than 10 years I realize it's too complicated. :P hahaha

In term of sounds... I think I'm a little bit of a Marshall guy. Brown old school sound is something that I look for. In our recent recording project, I used FID (The Full Pledge Munkees) rig/JCM800 to lay down my guitar tracks. Frankly, I'm down with the sound... I'm Into it.

Last but not lease... the Obsession towards BMW R GS 1200 LC continues. :P
While entering CHINA with personal vehicle is still questionable, even though somebody have done it... I kind a fond about INDIA-MYANMAR opening their borders for tourist to cross. It sounds intimidating, but dodging your vehicle crossing from THAILAND to INDIA via MYANMAR sounds good to me. Northern East INDIA like DARJEELING should be one of the best riding itinerary to be recon with. 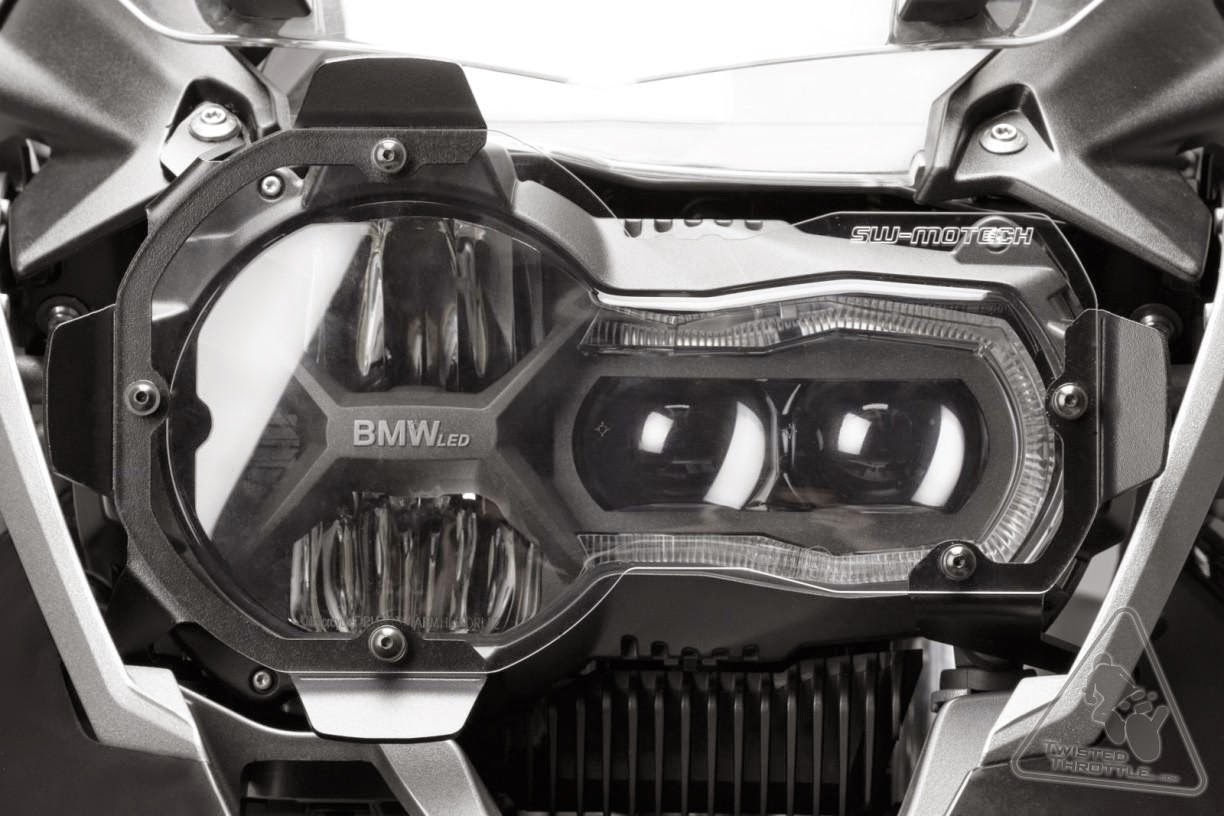 Having a motorcycle itself is an adventure for me. 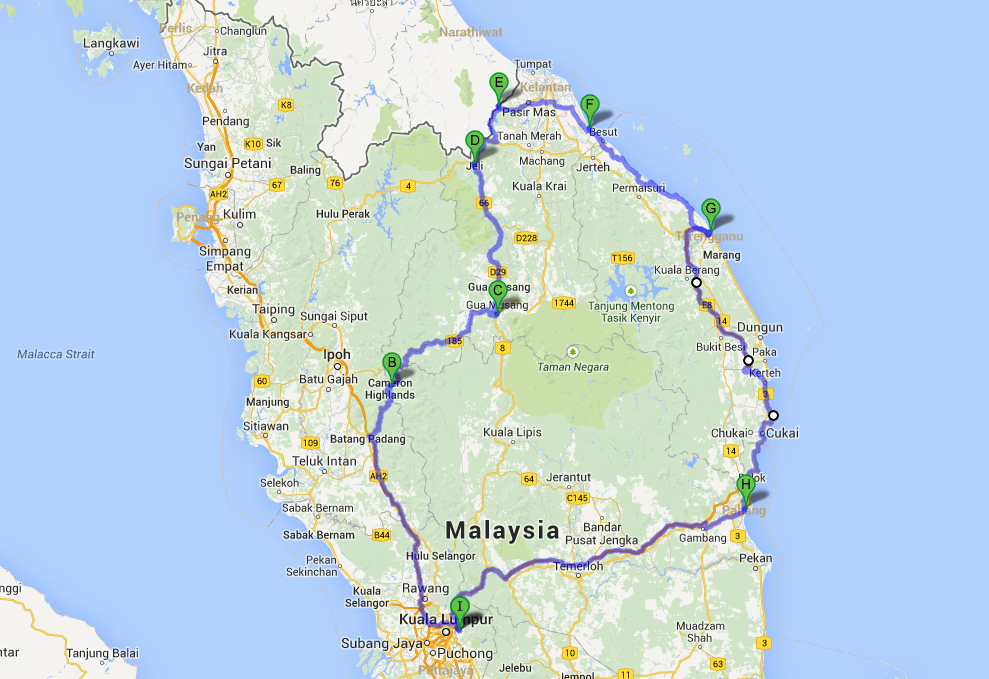 Expecting someone special in early January 2015.
So much about preparation, covers his/hers insurance medical last two weeks, pretty excited and intimidated altogether. But I'm pretty optimistic... for being a good father. But before that... we will try our best to spend time as much as we can as a couple.

Since we do our weekend gateway last October with the new bimmer (Husky), we thought why not having another roadtrip together... again. I think it's the right time before Ain entering the third trimester.

Road tripping is my thing back in the days... I guess, most of my roadtrip around peninsular Malaysia were like... driving towards Kota Bharu from Johor Bharu in the first day, then drive towards Sg. Petani meeting friends and spend a couple of days in Penang before heading back to Johor Bharu on the 5th or 6th day... I have done it more than 20 times, and 80% of the trip I do it alone. All this while I've done it with my trusted FortySix and once with Ain Swift back in 2013.

So on our last we will drive by the seaside until Berserah Beach to visit a friend. Tentatively we plan to arrive back in KL on the same day.

Hopefully the weather are on our side... 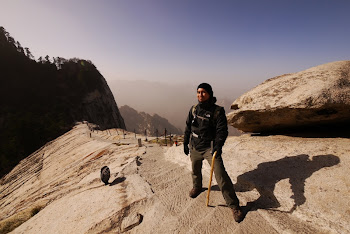 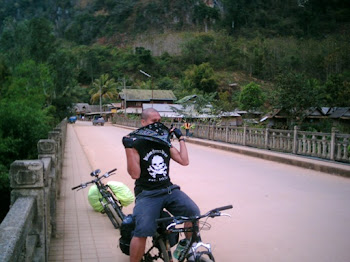 From Luang Prabang to SamNua (LAOS) 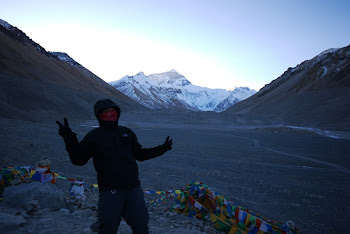 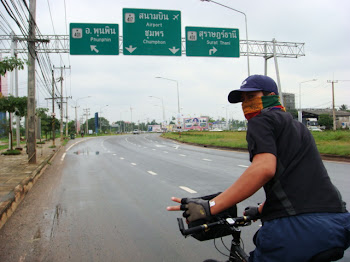 From Padang Besar to Krabi to Surat Thani (South Thailand) 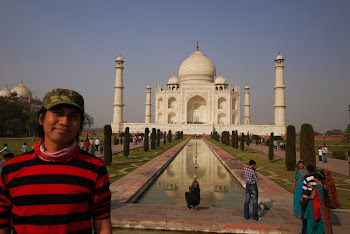 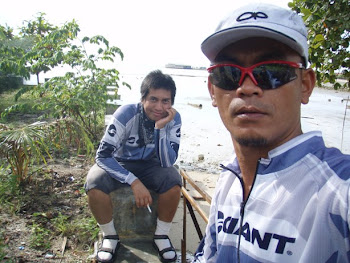 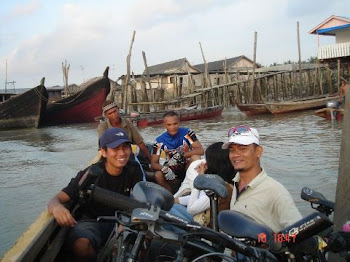 Thanks you guys are super awesome